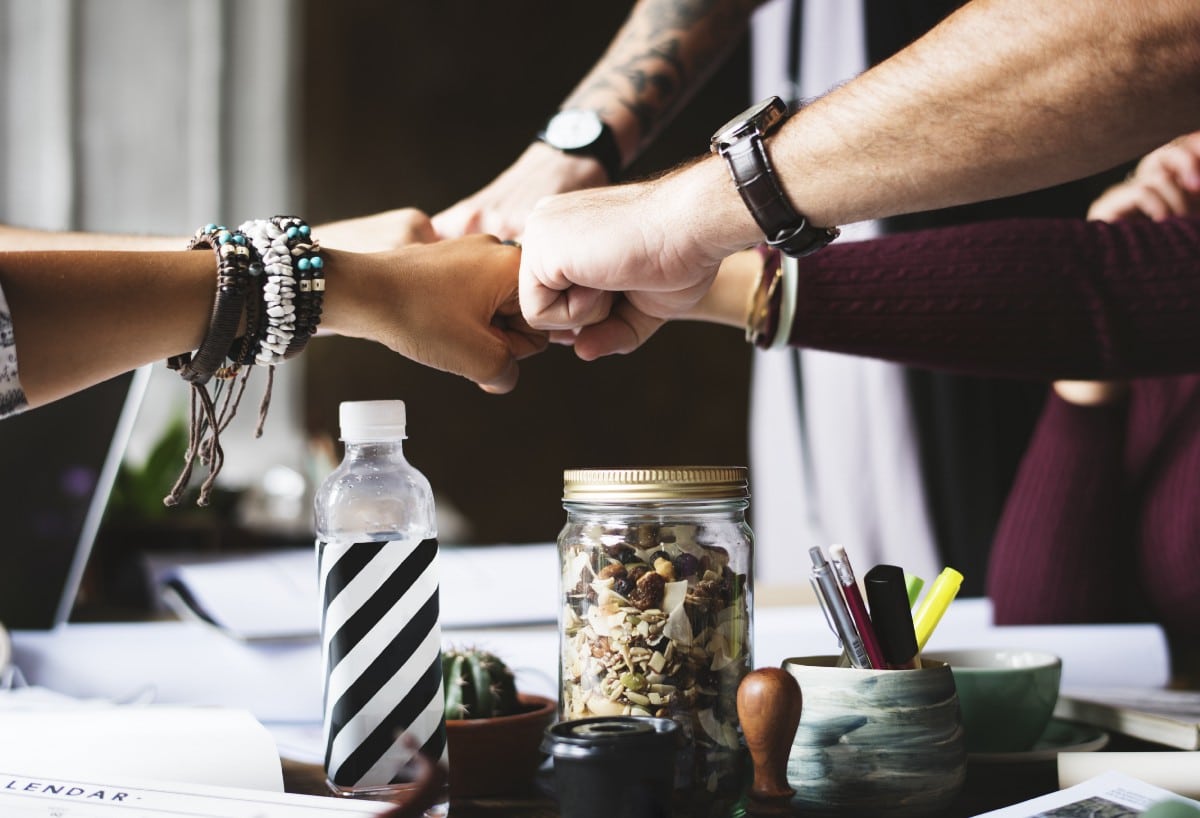 Finding startup partner: Two types of people to avoid when starting the next big thing

What I have learnt from past failures

Inside my mind there were all sorts of fleeting, grandiose imageries of how successful I would be, after making this one idea into reality. I can’t even wait to start the business immediately, even though it’s 4am in the middle of the night.

Next morning, I call my best friend: “Hey! I have an idea! Let’s start this project!” (Mumbled over the project plan in an excited yet exhausted voice — as a result of caffeine mixed with a spoon of excitement, plus a bucket of exhaustion).

This was a common experience. I started sereval projects that didn’t go well.

And here’s the lesson:

Having the right team is the key to building a successful project. Let me share with you what are the don’t I’ve learnt from two failures.

Nothing much. Just two failing stories.

Don’t only work with people who have overlapping skill sets

Partners are not clones of each other, each should see what others don’t see.

It was the summer when Snapchat boomed on the internet. It had soon became popular among my friend circles, which comprised of young, naive but energetic people.

As an insider, I soon spotted two limitations of Snapchat:

So I came up with is idea: why not a web-based Snapchat? Users could upload pictures or text to the website, and the website will convert them into bit.ly links that are valid for once, and the picture or text would stay on the screen for only 5 seconds.

This idea stroked me, and I couldn’t wait to turn it into reality. It almost felt like look for a toilet holding a litre in the bladder.

Inside my mind, there was this chubby friend. We were computer wizzs — and perhaps that was what made us good friends.

I called him and mumbled through the idea. He got excited about it too.

As a young, energetic dyad of programmers, we buzzed through the programming part in no time. The final product, named something like Read-Once-then-Gone, came into existence after three months.

We were thrilled. We thought we could be the next Zuckerberg. Triumph of the programmers!

The initial response was good. We got around 40 visitors per day within a week.

And it stopped. It stopped there.

For some reasons, we two cute IT fatties thought all it mattered was the code. We did the code, and without sustaining effort, people would rush to our platform for no reasons. Marketing plan? No need. Advertisement? We aren’t paying. We have already written the code. Value proposition? I am not sure if I had even heard of it.

Had there a business savvy in our team. He could have seen these problems. He might not be able to fix all the things magically — but at least he would have noticed them.

In retrospect, I seemed somewhat naive as I didn’t know much about IT business — but wanted to start an IT business.

Now I’ve some more business perspectives — but is it enough? how do I ever know what I don’t know?

The advantage of working with people with different perspective and skill sets is that they see what I don’t see; I see what they don’t see.

Settle for nothing less than burning passion.

Seeing Donald Trump ranting on the television conceived me the dream to “Make Hong Kong great again!” too.

Then there was this idea in my mind that could possibly stop Hong Kong from being raped by China that harsh, if not to make her great again. The idea itself is not important to the story, so it will go unmentioned for now.

I always have a fondness for my country. However, I didn’t have well connections with people in political field. So I called my friend who worked for a political party, mumbled with my tired-but-excited voice and convinced him to start the project. My friend, then invited a bunch of peeps. For most of these peeps, I know them as friends but I have to admit I didn’t understand them in terms of working together too well.

“Team building is important” I said to myself. We headed off for dinner to share our thoughts on the secret plan to save Hong Kong. They all seemed faired interested and agreed to join, but to the remark that “please note that I do have other priorities.”

Things started out just fine. We met regularly. Some progress was made. Until it was no longer fine.

It was a time that I heard all sort of creative excuses: “ a meteor stroke my rooftop and I gotta have it repaired” “my dog mutated into a fox and I needs to take him to the vet”

I recalled how our team were formed. On the first meeting, many partners agreed my idea is a rather interesting one, they, however, left a note that they can only participate partially as they were preoccupied with some more important commitments. I knew it was a sign of no-go, but I ignored it because I was too excited to get the idea start going.

Our project then, instead of being the goal to strive for, was to them a burden for their more important goals.

As the leader of the group, I have made attempts to ratify the situation. I reflected upon myself: is the inactivity of the group due to the lack of belongingness? Then I called them out to have some fun. Yes, we had fun, the situation remediated shortly, but returned to the baseline very fast.

I tried to set up a role model by overloading myself. It seemed, however, of no avail. And worst of all, I was gradually influenced. I started to give less and less attention to the project, adhering to the deadlines less strictly until the project totally collapsed.

Faults were neither all on me nor my teammates — we just have different expectations and commitments. We are still good friends today. Just that, to start a project is hard. This experience has made me realise, to do something great, having an aligned vision is of utmost importance.

Find partners is hard. It’s meant to be hard.

Finding the one soul mate in life is hard? Starting a project is like finding many soul mates and keep good relationships with them simultaneously, and make sure each of them regards the others as soul mates too.

It’s an adventure. An adventure of sailing a tiny boat to a sea of pitch darkness. Because starting something new means stepping into the area of unknown. We need an indefatigable and versatile crew to accomplish the mission.

Ideas are seeds; The team is soil and their sweat is water.

I know how exciting it is for a new idea to sparkle in mind. The new idea almost seems to be the only thing that matters in the entire universe. Yet, even the best of the seeds needs a good soil to grow.

If I have geniune faith in my next big idea, I would wait, wait until I am dispassionate and still being able to see the beauty of the idea. Then I would wait even longer. Until I discover the soil.